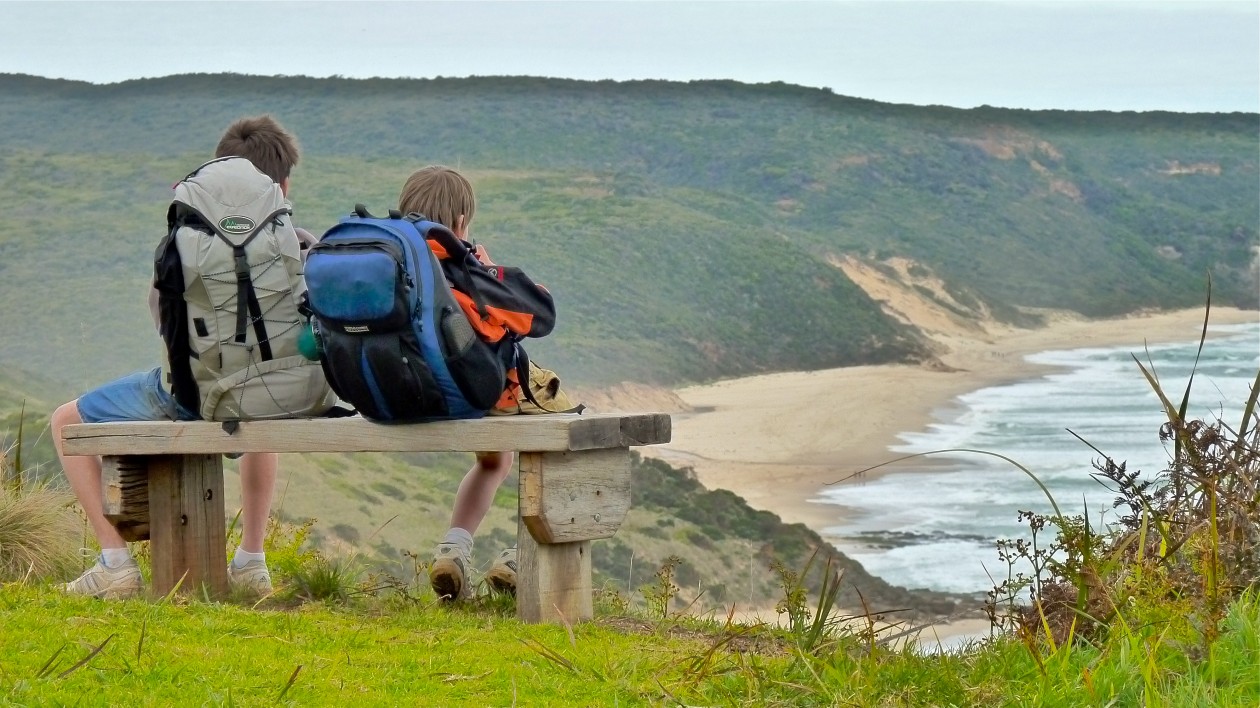 In the seventies, Philip Temple wrote a series of Shell guides for many of the great New Zealand walking tracks including the Routeburn, Milford, Heaphy, Tongariro, Waikaremoana, Copland and Hollyford.  The Routeburn Track Guide, published by Whitcoulls in 1976, has 40 pages, including a two-page centre map, and a personal notes page. While it is no longer in print, it has become highly sought after as one of the first guides to the track. Philip Temple has written 36 books going back to the early 1960s, with many related to New Zealand and his mountaineering experiences. He was a keen walker, personally walking the routes and taking part in expeditions to New Guinea and the sub-Antarctic. His diverse skills have included landscape photography and he continues to write novels.

I love reading walking guides and my bookshelf is full of such guides. It was therefore with a great degree of anticipation that I waited for my copy, bought online from the Tall Ships Gallery in Palmerston North.

This guide is one of a series and in the author’s words ” ……designed to assist those who would quit wheels for walking, shoes for boots, and make the effort to explore the country first hand.”

History of the Track

The track has enormous historical significance for the Maoris as it represents an early route from Lake Wakatipu to mine greenstone in the mineral rich ranges to the north-west for trade in South Westland and Central Otago, which continued to the mid-nineteenth century. Wakatipu was first seen by Europeans about the same time. Not long after goldminers, searching for an more direct way to get their gold to Australia other than via Dunedin began exploring the Routeburn with the aim of establishing a port at Martins Bay.

Over the last hundred and forty years, the Routeburn has steadily gained popularity with tourists and trampers. Early in the 1900’s the track was extended from the Harris Saddle to Lake Howden.Then in the nineteen thirties, a motor service from Kinloch into the Routeburn commenced. Just before WWII the final section of the Routeburn track was completed and in the nineteen seventies the road over the Dart river meant that the Routeburn became accessible by motor car, replacing the lake steamer Earnslaw.

In  future posts, I will comment on Philip Temple’s sound advice and his route guide.

This article by Bush Walker is licensed under a Creative Commons Attribution-NonCommercial-ShareAlike 3.0 Unported License.

Join me in the outdoors